Above: Kitty Macfarlane who plays at the first concert on Friday evening

The long-awaited Derby Folk Festival returns as a live event!

Now in its 15th year, noted artists including O’Hooley and Tidow, Kitty Macfarlane, Ninebarrow, India Electric Co. and Home Service will be joined by some old friends and new faces, in the heart of the city centre, from Fri 1 to Sun 3 Oct.

The Derby Loves You venue in Derby Market Place becomes the Mick Peat Stage for the weekend, named in honour of the festival’s co-director who sadly died in January. Concerts also take place in Derby Cathedral on the Saturday, while the Old Bell Hotel in Sadler Gate is the focus for some great fringe events.

‘“Out of the strong came forth sweetness” or so it says on the Tate and Lyle Golden Syrup tin, and it is that strength of purpose that Festival Director Bob Rushton and his team have proven, against all odds to bring the Derby Folk Festival back to the city.

‘There will be sweetness in the music, I can guarantee and maybe an air of sadness with the passing of long-time Festival Co-Director Mick Peat but he would never countenance that. He’d say “Let’s just do what it says on the tin!” and he’d be right.’

‘It is great to see Derby Folk Festival back live in the city centre for its 15th year. Because of the pandemic last year’s event became the online Derby Folk Festival at Home, which was very well received, but nothing compares to live music and singing. With the involvement of our partners the city centre comes alive for a nationally known festival, which is an example of the kind of cultural event we do best.’

Well-known for his own music as well as his involvement in Derby Folk Festival and support for the local Folk music scene, Mick was a co-founder of Drystone, an organisation set up by artists to build and re-build the arts following the Covid-19 crisis. The concert will include the presentation of the first Mick Peak Drystone Bursary to someone involved in the creative industries who is helping to make this happen.

The festival has largely sold out except for a very limited number of day and evening tickets, and some weekend passes. Weekend tickets are £90 for adults and £25 for under 16’s and guarantee you entry to all concerts on the Mick Peat Stage, from 6pm on Fri 1 Oct to Sun 3 Oct, and all shows in Derby Cathedral on Sat 2 Oct. Online tickets and full ticket information is available online, or contact our Sales and Information Centre on 01332 255800. 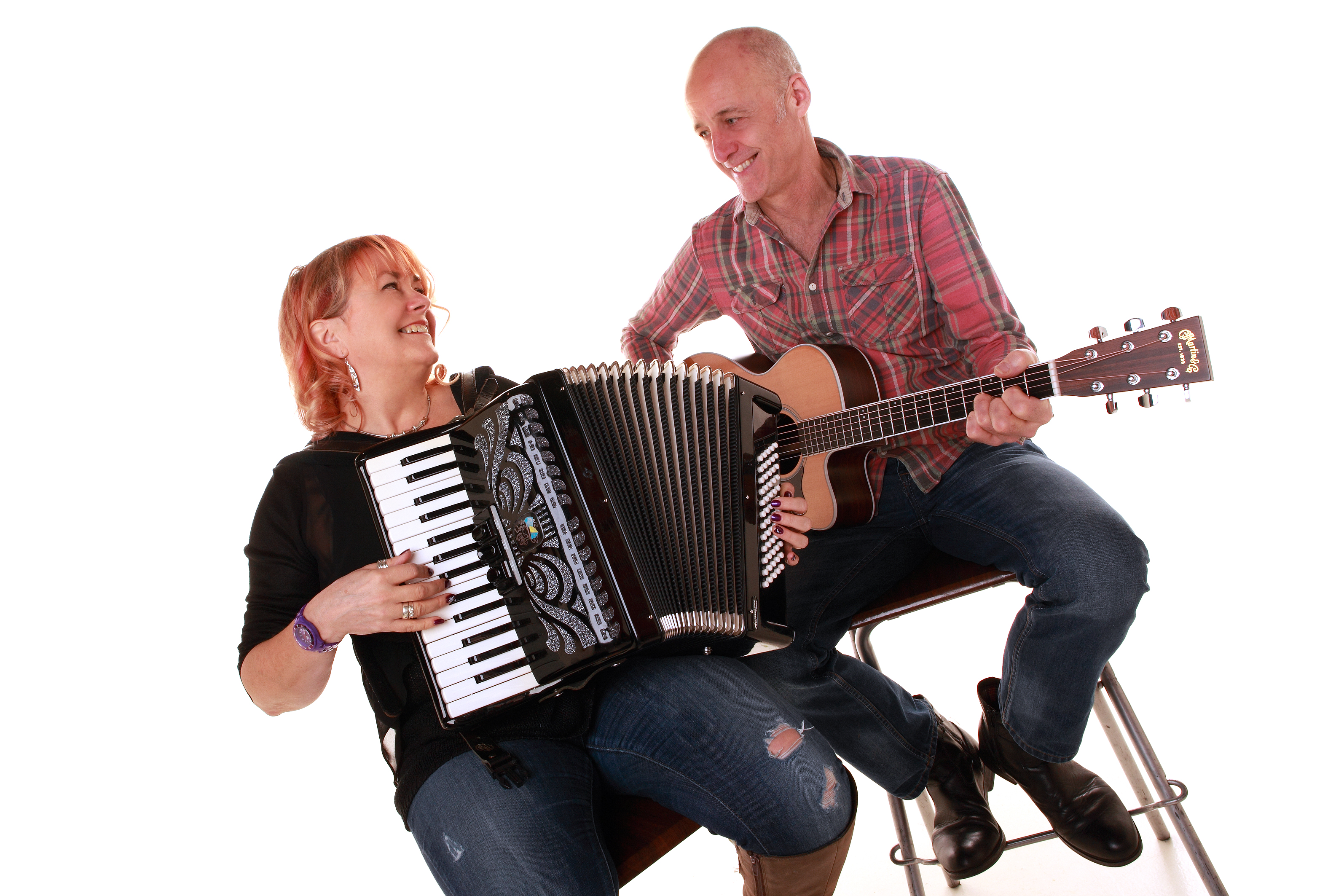 Winter Wilson, who are playing on Saturday

You can also join in the festival by enjoying the fringe events in the ballroom at the Old Bell Hotel, from 11.30am to 10.30pm on Saturday and Sunday. Experience music, dance, spoken word and more, including Folk3D’s tribute to the traditional John Birmingham Cup song competition on Saturday. The fringe is curated by Folk3D and Furthest From The Sea, who both work with grassroots artists to develop and showcase talent, and gratefully supported by Cathedral Quarter Business Improvement District (BID).

This year a small daily charge of £5 for fringe events is being made to help cover the costs of staging the festival. Tickets, available online or from the Sales and Information Centre, are exchanged for wristbands at Derby Market Place to give you access to events at the Old Bell Hotel and also the outdoor festival/bar area at Derby Market Place.

As part of the Fringe Festival, and thanks to the support of Cathedral Quarter BID, the streets will be filled with the sound of bells and clogs as we welcome traditional dance back in the city centre on both Saturday and Sunday. Dance teams Ripley Morris, Winster Morris, Harlequin Morris, Restless Soles, Makeney Morris, T’Owd Man Morris and Ripley Green Garters, will be dancing between 11am and 3pm each day in a range of locations. You’ll find them on the Cornmarket, at the Waterfall on the Market Place, on Sadler Gate, and on Cathedral Green – everyone can get into the Folk Festival spirit for free!

And on Fri 1 Oct, Derby’s Museum of Making is hosting the free Folk Fun Palace from 6pm to 9pm. Have a go at traditional making in folk-inspired workshops, enjoy music from some of the artists performing at the festival, and join in the celebrations for Folk3D’s 10th birthday.

At the concerts a number of measures will be in place to reduce the risk of COVID -19 transmission. These are influenced by Government and industry guidance, but hand washing, social distancing and wearing face coverings will be encouraged. Visitors should not attend if they show any COVID-19 symptoms, have been asked to self-isolate or have tested positive. See our health and safety information.

To keep up to date with what’s happening at the festival, see derbyfolkfestival.co.uk, the Derby Folk Festival Facebook Page, or follow the festival @DerbyFolk on Twitter.

Appearing on Friday on the Mick Peat Stage are:

Kitty Macfarlane: back in the city with a full band after her stunning solo performance in 2020’s online Derby Folk Festival at Home.

Appearing on the Mick Peat Stage on Saturday are:

Home Service: an incredible act who have been enticed back this year. Their electric performance will include festival patron John Tams.

Steve and Julie Wigley: This Derby-based duo are familiar faces at the festival and play contemporary, traditional and original songs, blending guitar and accordion with seamless harmonies.

Melrose Quartet: From deep roots in their hometown’s vibrant music, song and dance scene, to concert appearances all over the UK, this Sheffield-based quartet have attracted a reputation for making music that truly connects with people.

Winter Wilson: Having become part of Derby’s “festival family,” we’re delighted to have Kip and Dave back with us again this year. They’ll be appearing at various points during the festival, but wherever you see them, we’re confident you’ll be delighted, and wonderfully entertained.

Narthen: This ‘new supergroup’ are Barry Coope of Coope Boyes and Simpson, Jo Freya of Blowzabella/Moirai, five-time BBC Folk Awards nominee Jim Causley and Fi Fraser of The Old Fashioned/ Polka Works. Songs of pith and humour both accompanied and unaccompanied, as well as joyous and earthy instrumentals.

Performing in the atmospheric surroundings of Derby Cathedral on Saturday will be:

Rare Occasion: Featuring Judy Dunlop’s rich voice and wicked sense of humour, Jon Scaife’s mastery of fine arrangements for guitar & cittern and Nigel Corbett’s rich and tasteful fiddle playing. One of the highlights of last year’s Derby Folk Festival at Home, Rare Occasion are a delight to see and hear, so it will be great to see them at Derby Cathedral in place of Bob Fox, who is unfortunately unable to perform at this year’s festival due to Covid travel regulations. We look forward to welcoming him back in 2022.

Jim Moray: Jim’s relentlessly innovative recordings can truly be said to have changed the sound of folk music since the early 2000s. A five-time BBC Folk Award winner, his songs have been featured in a season finale of Grey’s Anatomy, and he has presented documentaries on traditional music for BBC Radio 3.

Ellie Gowers: Ellie Gowers has been making an impression wherever she lands. Her music embeds a fierce energy that echoes the 60’s folk revival scene and she is known to hold pride of place on stage with her strong and lucent vocals. Her songs are built from a childhood love of literature and traditional folk song, but also discuss the more modern narratives of the present day.

Doug Eunson and Sarah Matthews: This Derby-based duo have been friends of the festival from the start. As well as drawing on some of the finest English folk song repertoire to sing in breathtaking harmony, they play English and European dance music in outstanding instrumentals and beautifully flowing tune sets.

Appearing on the Mick Peat Stage on Sunday are:

O’Hooley & Tidow: Due to play last year, this duo have gained even more fans since their last visit to Derby due to their theme song to the BBC series, Gentleman Jack.

Ninebarrow: A wonderful duo from Dorset who have also played Derby before. Jon and Jay are exceptional musicians and singers who really know how to captivate an audience.

Flats and Sharps: A four-piece bluegrass outfit from Penzance, delivering energetic, enthusiastic and spirited Bluegrass to audiences all around the world. Their incredible stage presence and energy will have you dancing, laughing and singing along in no time.

Road Not Taken: A Bristol-based four piece starting to make waves on the UK folk scene. Having honed their craft over a number of years of performing live, they released their debut album Fragment late last year.

Ranagri: This band were due to make their festival debut last year, so we’re very much looking forward to welcoming them back to Derby, where they went down a storm when they played at Derby LIVE’s St George’s Day Celebrations on the Market Place a couple of years ago.

Intarsia: If you saw any of the fringe festival on Facebook last year, chances are you saw Intarsia. They will be bringing a live performance of their wonderful mix of percussion, strings and vocals to this year’s festival.

The full fringe programme at the Old Bell Hotel will be confirmed at derbyfolkfestival.co.uk in the run-up to the event, but confirmed so far are:

Access to the Old Bell events will be limited by capacity, so if a particular concert spot is full, you’ll still be able to get into the Market Place or return for other events in the Old Bell.